As promised, an update from our very first race of the season. This past weekend, Ashley, Karlee, Jamie, and I made our way down to Anniston Alabama to race the Sunny King Criterium and Fort McClellan Road race - part of the US Pro Road Tour. Joyce also came along on the trip to offer added humour and race support along the way.

Four of us left from the GTA early Thursday morning (Jamie flew down), eager for the first road trip of the year! Although its only a mere 15 hour drive to Alabama, we decided to make the drive down in two days, and booked a hotel in Lexington, KY. Thursday was cold and dreary, a perfect day to spend sitting in a car sharing endless stories with Joyce. Time flew as we covered topics from the obvious - bikes and racing, to reminiscing about growing up on pig farms and getting jobs at very young ages...typical Dutch farm kid stuff. We arrived in Lexington nice and early, and the suggestion was made that we move our hotel reservation a bit further up the road, to Knoxville. Sounds simple right, switching a reservation from Homewood in Lexington to the Homewood in Knoxville? Well it isn't, at least not when you book with Expedia. While both hotel clerks, Courtney and a name I don't remember, were very helpful and agreeable to our request, it still managed to take over 2 hours on the phone to make this reservation switch (being stubborn bike racers, once the process was started, for some reason we could not give it up), and at 9 o'clock, we got back into the car and, not eagerly, drove the two hours between Lexington and Knoxville. At least we managed to swing a good room upgrade.

We arrived at the home of Jamey and Amy Waugh at noon on Friday, and were greeted with an incredible spread of food and inviting backyard (see below)- things that bike racer dreams are made of!!! 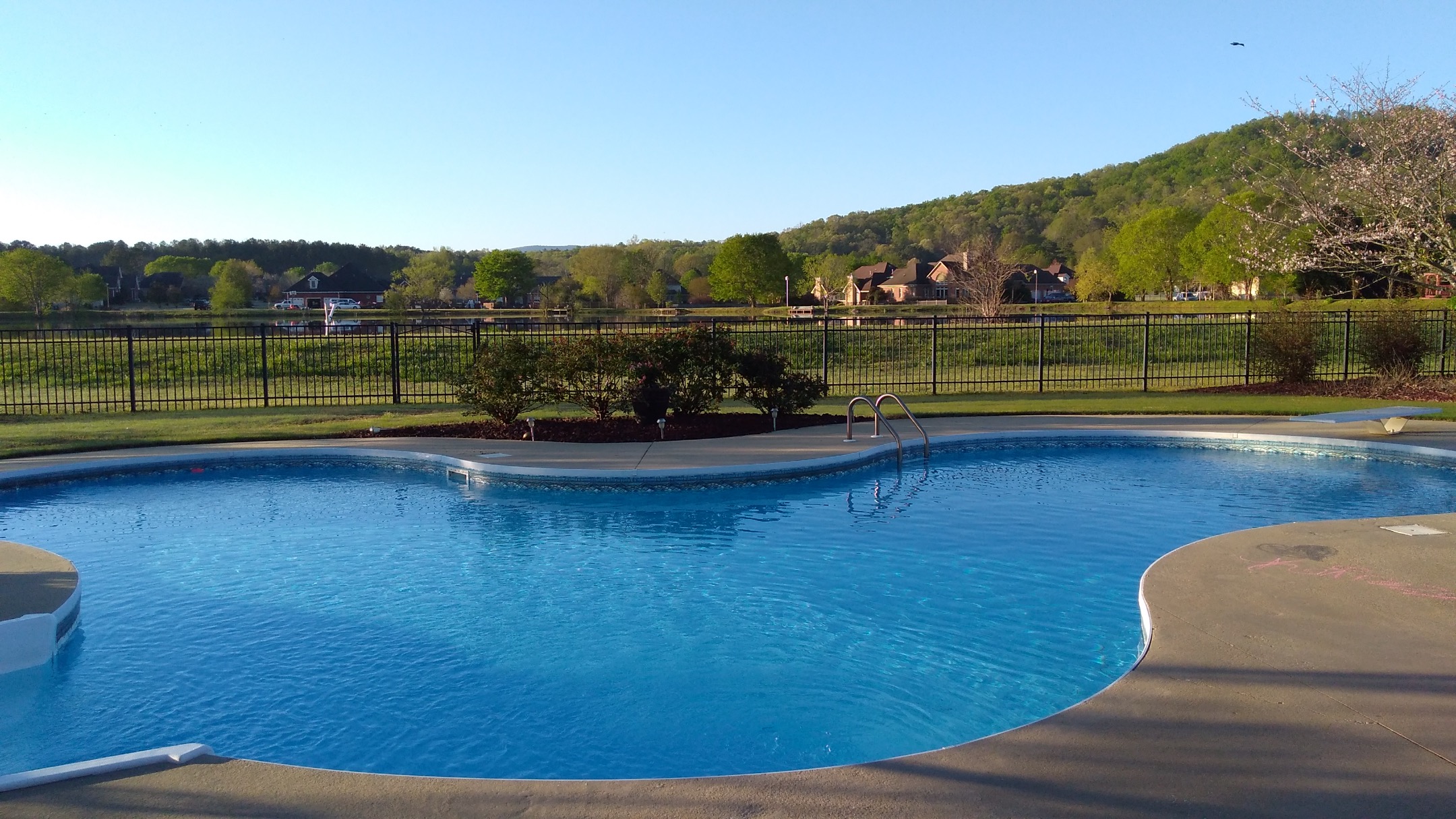 We finished off Friday with a recon of the road race course, and a complementary pizza dinner at Mellow Mushroom.

Saturday marked our very first team race of 2017, at the Sunny King Criterium. Like most crits, our race was scheduled for the evening, at 6:20 pm, leaving us an entire day to relax and enjoy our accommodations.

Jamey, our host, is also a cyclist and he agreed to show me some nice roads in the area where I could open up the legs for the evening crit. Alabama definitely has some great riding, I will need to come back and explore more in the future! 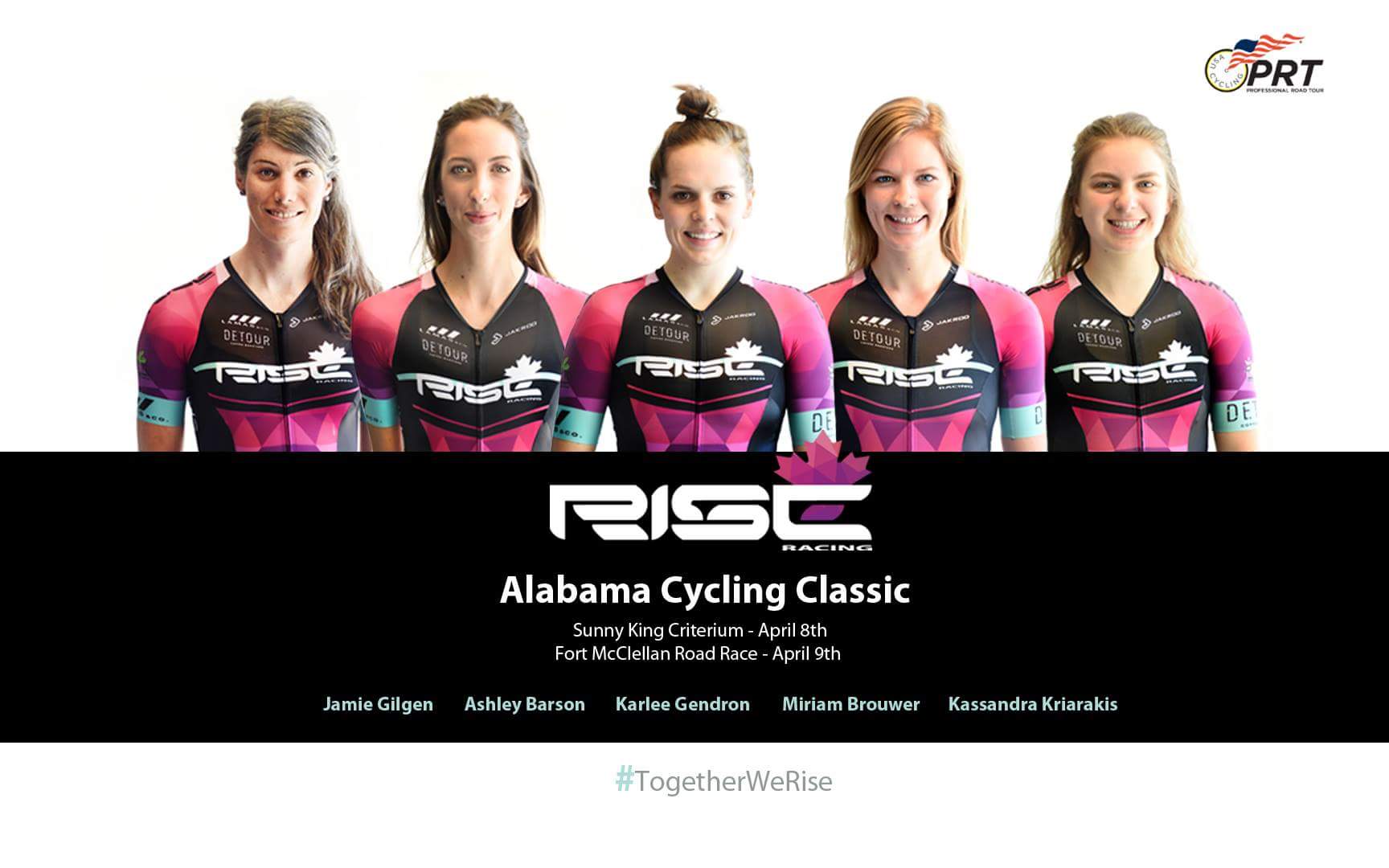 Over 75 women lined up at the start line of a 1.2 km circuit in downtown Anniston. The course was fairly simple, consisting of 4 left turns, a fairly long uphill drag, and spicy little descent. We were all feeling antsy to get our first season race under our belts, and test out the winter fitness. Rather than me explaining criterium racing, you can check out the replay here (you can easily spot our Opal coloured Smith helmets! www.spalk.co/listen/272

It was quite a successful first race, with teammates finishing 9th, 19th, 29th and 44th! Hopefully I can get some race pictures at some point! 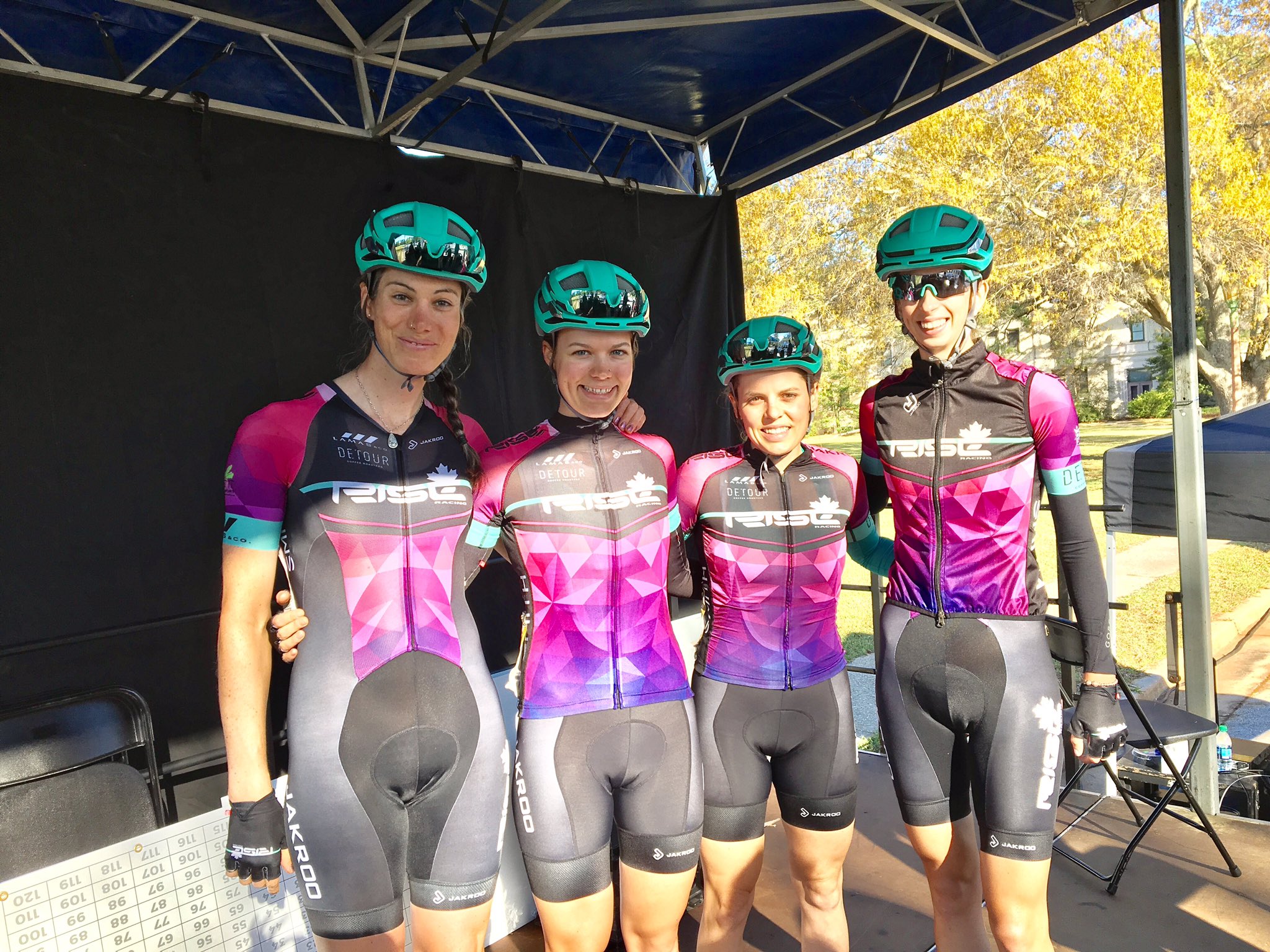 The road race started off with a neutral roll-out to the top of Bains Gap hill, a 6 minute climb with an average grade of 20%, racing started fast and furious down the back of the climb. I don't know if this was what was planned, as the tech guide said that the race was to begin before we started climbing. I was definitely struggled a bit digging deep up the climb and then coming to a complete stop to let everyone catch on. But it paid off, as I was in the top 10 wheels heading into the descent and missed the only crash of the race. A very early break got away shortly after this descent, and there was little motivation within the pack to try and pull it back. Sadly our team was not represented in this break, but it appeared that all of the larger teams present in the race were content with the mix of racers up the road. Jamie and I, and a few others each threw some attacks throughout the next couple of laps, but it appeared the break wasn't coming back.

After two more laps up and over the challenging highway climb and Bains gap, and we had a few of the breakaway riders in sight. Jamie took a monster, 7 km long pull in an effort to close the gap and increase our chances of a top 10 finish. Stringing out the pack and pulling us along all the way until 500 m to go, I was perfectly positioned to try my hand at field sprinting. Unfortunately, my lack of confidence in a rather dicey sprint left me out of the mix, but I rode to an 18th place finish, thanks to all of Jamie's hard work! Still lots of learning to do to improve my finishing sprint position, but this was great experience for my first attempt of the year. 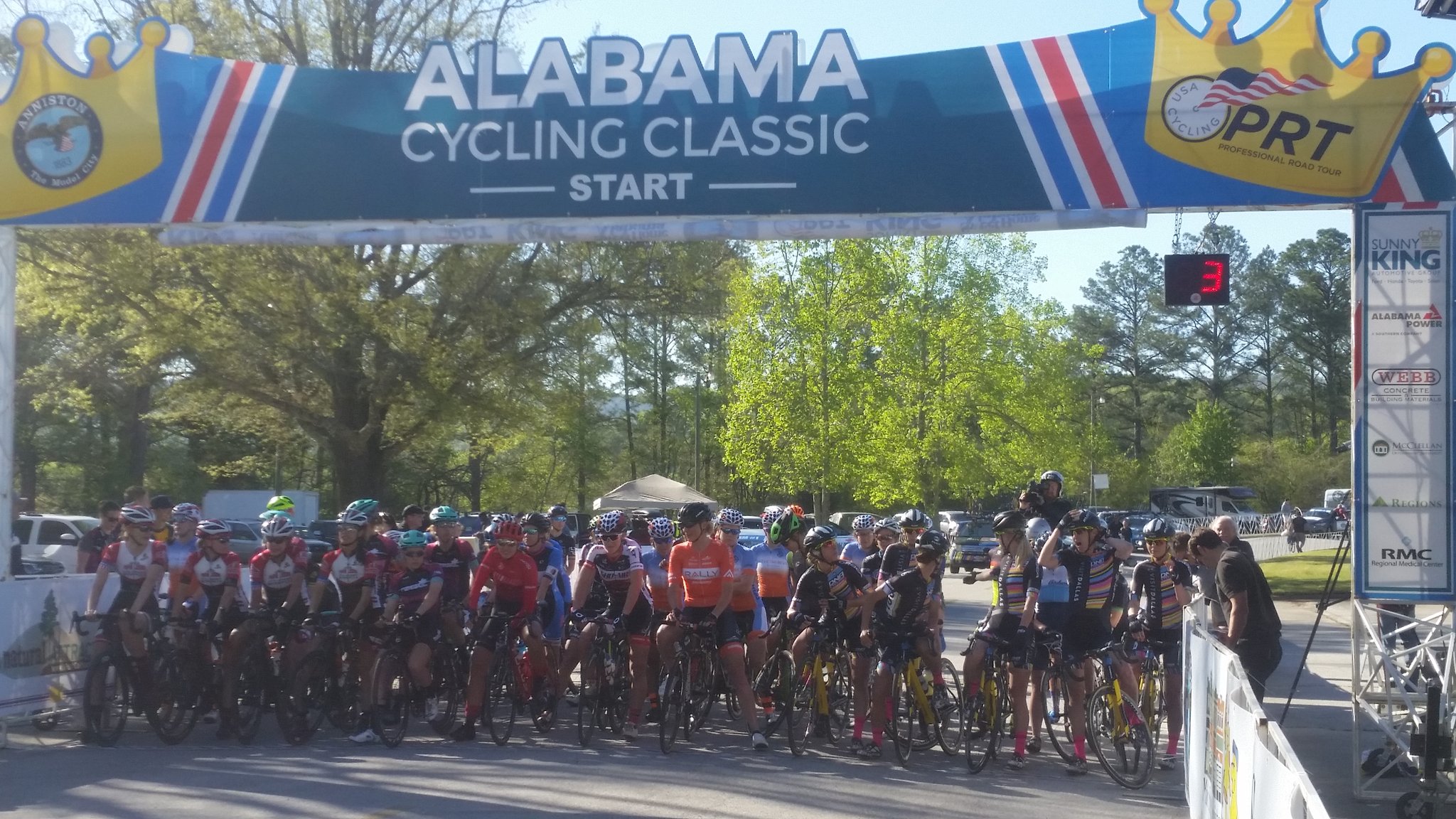 After the race, we headed back to the house, where grill king, Jamey, was busy smoking chicken, sausage, corn and sweet potatoes in his green egg BBQ. We had an amazing afternoon relaxing around the pool getting to know our Alabama hosts. The grandkids came by too, and of course we were instantly friends ;) which scored me a neighbourhood tour on the golf cart. We tried to feed the community ducks, Mo, Snowflake and Daffy, but they were uninterested in the bread we had to offer. I think they were looking for some of Jamey's grilling instead. 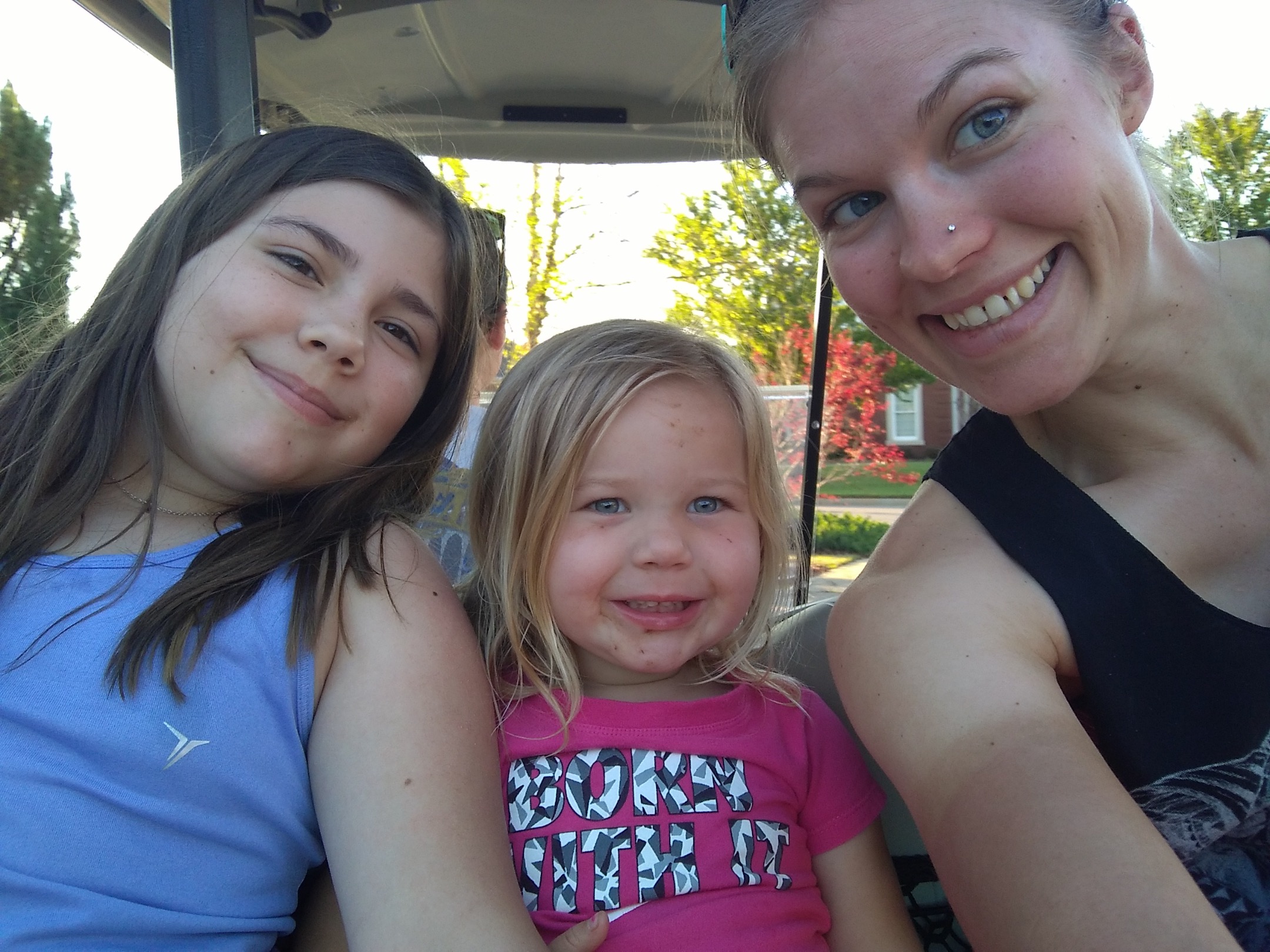 Leaving you with some suntans and sweetness :)

I'm home for a few more days with my boy, and then a few of us will be off to race Tour of the Gila in Silver City, New Mexico. Stay tuned!